PIRASTRO KorfkerRest®
The ultimate in sound and comfort! 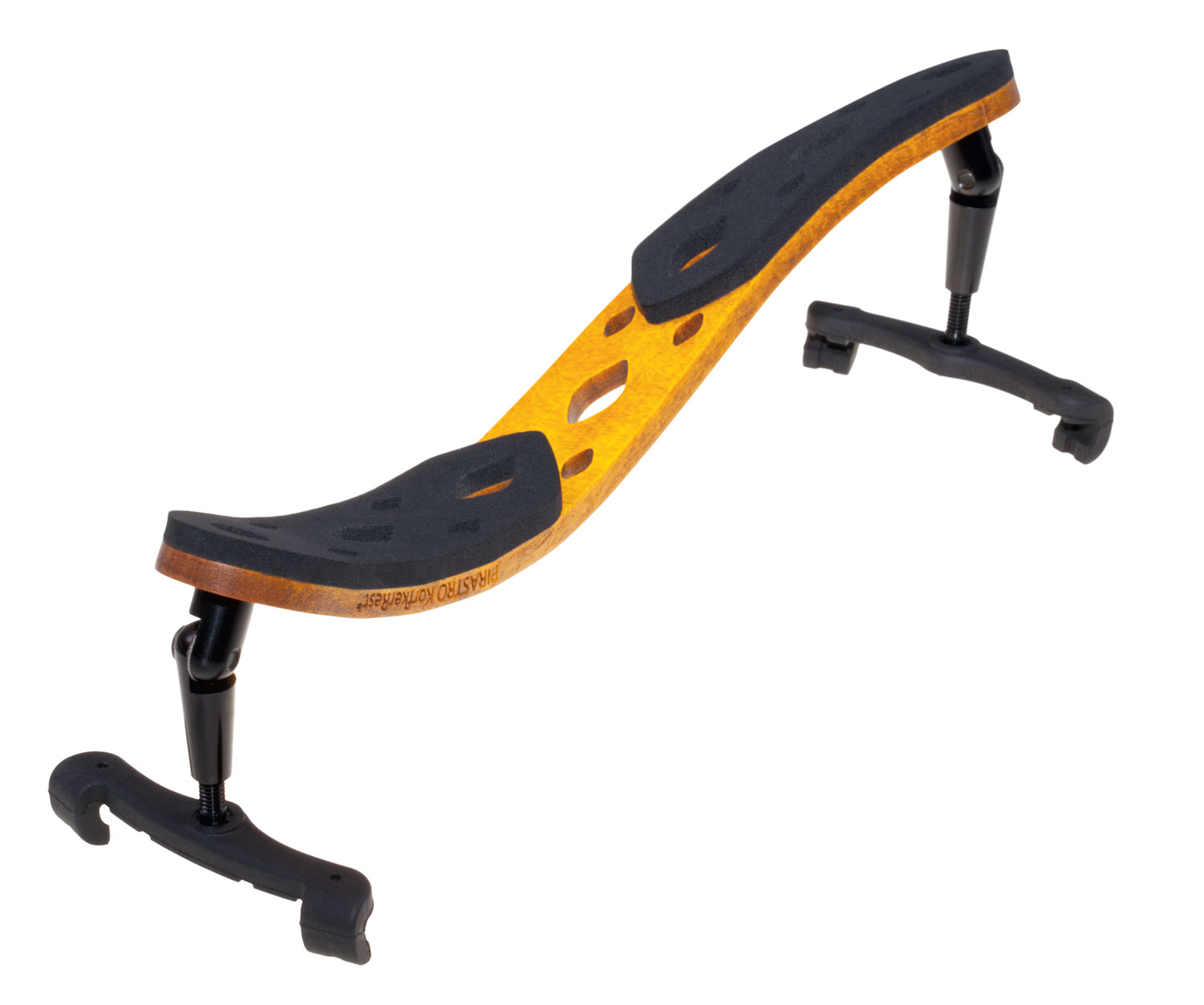 Always read and understand the General Safety Instructions available in the Instruction Manual or on this website before use.

The PIRASTRO KorfkerRest® uses many of the technologies found in the PIRASTRO KorfkerCradle®. Bendable maple and redesigned sleek and ultra light rubber feet redefine the classic shoulder rest. The result is an extremely light weight (violin model 32 grams, viola model 40 grams) and comfortable rest that lets the violin sound more freely than any other traditional rest or cushion on the market today. Only its bigger brother, the PIRASTRO KorfkerCradle® can give the player more freedom of sound and expression.
Every violinist knows the violin is a very sensitive instrument and it is no wonder that adding a shoulder rest weighing up to 200 grams made with large amounts of rubber, plastic or metal will have a significant effect on the sound a violin produces. In recent years violinists have become increasingly aware of this problem and together with Berent Korfker, Pirastro decided to address this issue with the design of the PIRASTRO KorfkerCradle®. In the last stage of the development of the PIRASTRO KorfkerCradle® it was a logical consequence to add a traditional model shoulder rest to our line in order make those innovations in sound and comfort accessible to more violinists.

Apart from its unique attachment system, all technologies used and discoveries made during our years of development of the PIRASTRO KorfkerCradle®, have been incorporated into the PIRASTRO KorfkerRest®. At every step of the way our panel listened to each instrument without any shoulder rest before and after every sound test of a prototype, choosing those prototypes that offered least disturbance and best tonal characteristics. In our research we found there to be 4 main factors influencing how a shoulder rest can disturb the sound of a violin. Although we made many more discoveries, this is what we can share about how how we tackled these factors while designing the PIRASTRO KorfkerRest®.

The material composition of a shoulder rest has a very significant effect on the sound a violin produces. The use of synthetic materials like plastic and rubber and excessive use of metals lead to particularly unsatisfactory results. After much testing we decided to produce the bridge of the rest from high quality tone wood maple made bendable through a purely mechanical process which did not negatively impact on the sound properties of the wood. For the legs we found a special alloy aluminium which delivered the most neutral sound and least resistance to vibrations.

After testing various high quality varnishes and observing their significant impact on the sound, we started a long search for a sound-neutral varnish which took us deep into the field of chemistry in cooperation with an international laboratory. The varnish we discovered allows the wood complete freedom and does not colour the resulting sound spectrum.

Reducing the weight of the design was another important goal. As the main part of the rest was made from maple tone wood, we started off with an advantage. To further optimise its weight without compromising its stability we designed the legs to be sleek but extremely stable before choosing the hardened light weight aluminium alloy.

The rubber pads on the shoulder rest have been kept as thin and light as possible to avoid sound absorption.

The ideal material composition and light weight of the rest allowed us to pursue a good connection between the rubber feet and the violin. Full contact with the instrument made the feet more resistant to sliding during performance. Importantly this contact only affects the very edge of the violin outside the purfling, resulting in less influence on the sound of the violin and an elegant, pleasing design.

In order to further minimise their weight the feet use the same light weight aluminium alloy as the legs, a minimum of rubber and a special composition polyamide guaranteeing minimal damping and maximum sound articulation. As a result the feet are an amazing 40% lighter than the lightest feet on the market without loss of stability.

The PIRASTRO KorfkerRest® uses many of the technologies found in the PIRASTRO KorfkerCradle®. Bendable maple and redesigned sleek and ultra light rubber feet redefine the classic shoulder rest. The result is an extremely light weight (violin rest 32 grams, viola rest 40 grams) and comfortable rest that lets the violin sound more freely than any other traditional rest or cushion on the market today. Only its bigger brother, the PIRASTRO KorfkerCradle® can give the player more freedom of sound and expression. 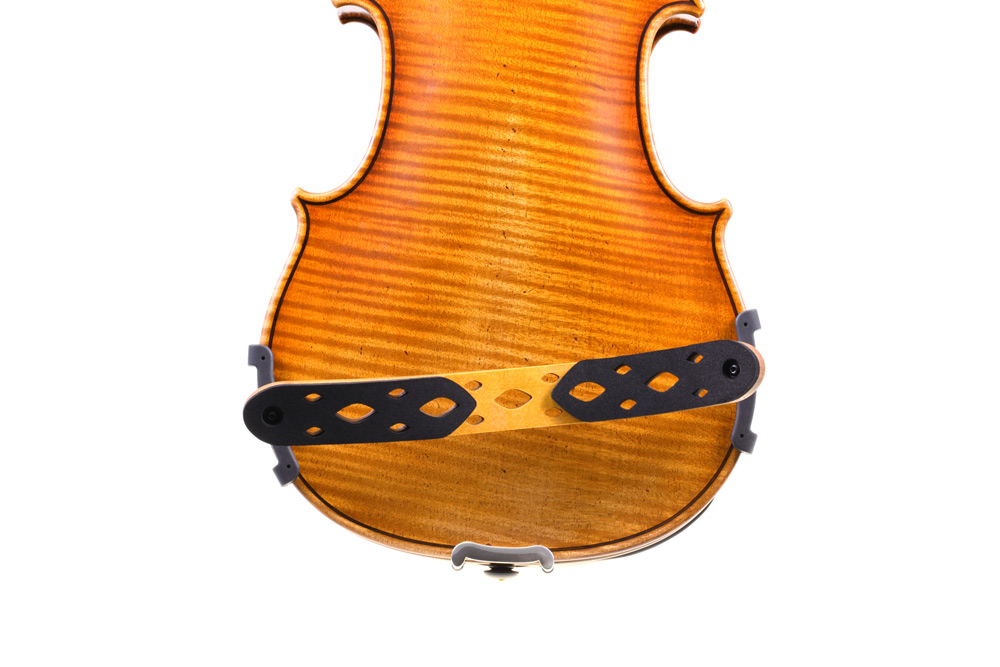